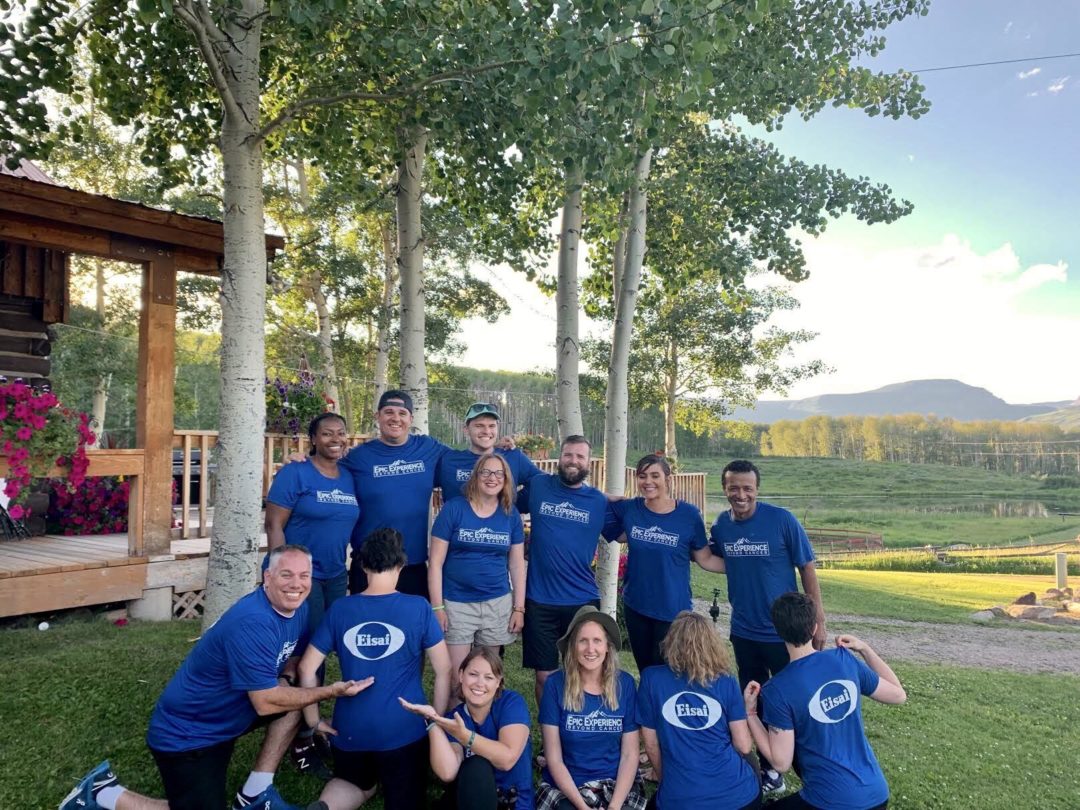 Environment
The camp is situated in the Rocky Mountains of Colorado just outside the little town of Glenwood Springs. It’s 7 miles north of the highway, 7 miles west and 4 miles in. As I drove up to the camp it was perfectly situated out of reach of any cell signal or Wi-Fi connection. I could see the beautiful atmosphere of the Colorado mountains all around us keeping us from the daily distractions of the world. While I was there, we spent two days down on the Colorado River maneuvering through the rapids on first a large white water raft and then the next day on individual and double duckies or blowup kayaks. The third day we had the opportunity to go horseback riding in some amazing country, all the while taking in incredible views of the mountains, the water and the wildlife. During our two days on the river, we saw four bald eagles majestically perched high up on trees right off of the river!  What an amazing place to forget about treatments and all the pressures and challenges of life and take on a new identity. We were all asked to come up with brand new camp names that we used the rest of the week. The environment was truly magical!

People
From the minute I arrived I was welcomed with open arms by an incredibly friendly camp staff headed by Mama Lou herself. I was quickly introduced to all the campers and their camp games. The funny thing is I don’t know any of their real names as we use the camp names the whole time. Bacon, Gooey, Friday and Quad were the names given to us, the Eisai volunteers! Ou week there were 11 cancer survivors who were called the campers, and then the rest of us made up the volunteers and staff.  Wingman, a huge Top Gun fan, was the camp director. He is the son of the founder Mama Lu. She started this camp 11 years ago because her older son was diagnosed with cancer and she wanted to give him a chance to live life beyond cancer. That is their wonderful slogan; life beyond cancer! I met people from all walks of life, from a young man who had just finished his masters program, to a woman in her 50s who is a director at the prominent company. There were single people, newly married individuals, and there were people that had a couple of children. But all the campers had one thing in common, they were cancer survivors!

Interconnection
We spent a lot of time together in small groups and i one large group every night around the campfire. It was a time for us to reflect on the activities that we shared, the fears that were overcome and the joy that was felt by all. My favorite part was sitting in on the morning small meetings where a topic was presented and people were able to share their feelings. One of the days we discussed the topic of hope. I sat in amazement and listened to these survivors talk about their horrific experiences and side effects as they battled this unsympathetic disease. There were tears of love when families were mentioned and talked about. There were tears of joy as they talked about their friends who were there with them. There were also tears of sadness as they talked about how people who were friends did not know how to handle the diagnosis of cancer and they left them alone. I saw firsthand the pain that the campers suffered because of their cancer but I also saw the joy and the resolve that they have in beating their disease. I will never forget the feelings I had as I listened to one particular young woman, “Hoosier” talk about her experience of overcoming cancer and the hope she has that her children will have their mother with them for a long time. Truly this was a life-changing event.

Change
Lastly I was amazed at the changes that took place right in front of all of our eyes. For example, going down the rapids was a new experience for most of the campers. And quite frankly, it was scary! The river was flowing at a much faster pace than usual and it was several feet higher than normal. As we attacked the river the first day on the raft, there were rapids that we had to confront.  One camper was actually bounced out of the raft and was floating down the river by himself. Luckily the raft guide was able to go and pick him up. Even though there was a lot of fear for those rapids, as the day progressed, the fear was conquered and the excitement built. The very next day each individual got to go and captain their own kayak. I will never forget one woman “Wildflower,” who was standing in her kayak and enjoying the challenge. Later that night at the fireside, she shared that she didn’t ever think she would be able to be athletic again. When she was a young girl, she was a great athlete but after cancer she didn’t have the opportunity to prove herself athletically and on the river standing in her own kayak, she knew that cancer was not going to take that away from her! She conquered her fear! That is one example of the changes that I saw happen to these amazing campers over the week while they were there. To witness the change of people overcoming challenges like rapids or riding a horse was absolutely incredible. I am so grateful I had the opportunity to witness that. It made the whole camp experience worth it!

So my time at camp EPIC Experience was truly extraordinary! I am so grateful to work for a wonderful company Eisai who not only talks about helping patience and understanding them, but also truly gets involved with the patient and their families. The HHC mission is not simply something we do, it is who we are! I hope that Eisai continues its support of the EPIC Experience, because it truly does impact the lives of cancer survivors.  Because of the environment, the people, the interconnection, and the change, my time at EPIC Experience was life-changing! It truly was an epic experience that showed me and the campers that there truly is life beyond cancer!